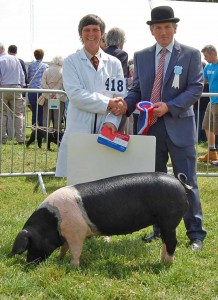 BRYONY our January born Saddleback Gilt took a surprise Best in Show at the Cranleigh show on 21st June. Being born at the end of January this year she was one of the youngest and  smallest pigs at the show. But having a good set of 16 teats, she obviously showed the potential for being a good future breeding sow. 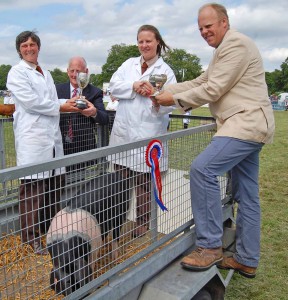 But being so small she was hard to see as she toured the main arena as part of the cattle and sheep winners parade.