Excellent results at the Cranleigh show on 19th June, with 3 out of the 4 pigs competing for Best in Show coming from Oaklands Pigs.

First to book her place was BUNTY our Saddleback sow who won the breeding sow class. She was followed by DOLORES our Saddleback Gilt who is now coming up for a year old, who also won her class. Making up the trio was EBONY our Large Black gilt born in January this year who won the junior class. 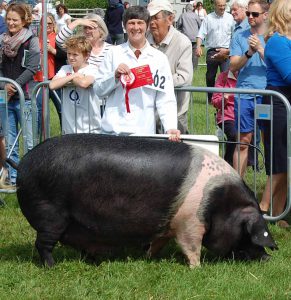 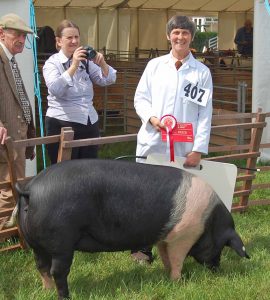 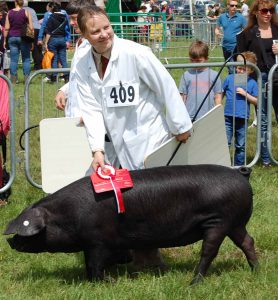 It was DOLORES the middle size pig who eventually went on to win Supreme Champion on the day. Which meant that she got a ride in the trailer to collect her cup as part of the cattle and sheep parade. 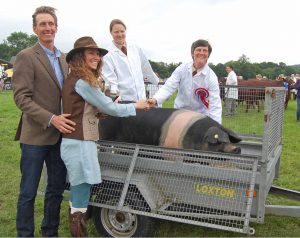